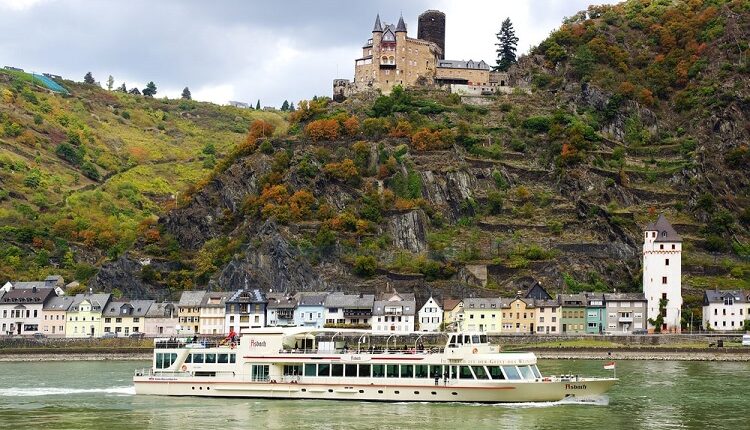 Best Places to See on a Rhine River Cruise

The Rhine is among Europe’s most beautiful and important waterways, covering 1,320 kilometres beginning from Switzerland to the Netherlands. It flows through many historic towns, riverside villages, castles, sites with spooky legends and tourist attraction sites.

While on a Rhine river cruise, you should see;

It starts from the city of Koblenz and ends in the town of Bigen. It has steep cliffs such as the Loreley Rock, which has a height of 200 meters. The rock formation has an interesting story around it. According to the myth, there was a beautiful maiden who would sit on top of the cliff and sing to the sailors. The sailors would become hypnotized by her beautiful voice and would become determined to reach her. In the process, their vessels would hit rocks and they would sink. The gorge was declared a world heritage site because of its captivating history, culture, geology and industry in the surrounding region. It has over 40 castles and a unique microclimate and has many flora and fauna. While there, you should explore the quaint little towns of Lahnstein, Bacharach and Boppard.

This is a place where cuisines, cultures and languages converge. Three countries have their international borders here, Germany, Switzerland and France. You can explore many different historic sights that are close to each other.

This is a city in Germany that has history and art museums. While in the city, you should visit the Gutenberg museum, which honours the inventor of the metal type printing technique.

This is one of Europe’s largest and most important inland harbors that has been existing for centuries. Other interesting places to explore while in the city include Old Town Hall, Lower Parish Church and the Mannheim Baroque Palace.

It is a huge monument that sits on top of a hill and commemorates the 1871 unification of Germany that occurred after the end of the Franco-Prussian War. The monument is 38 metres tall. You will have amazing aerial views of the town of Bingen, the valley and the other riverside.

You will see so many beautiful German towns such as Heidelberg. Architecture buffs will love exploring this region. The city also has the Old Bridge.

There are many interesting areas to explore while cruising along this river. You will get a very rich travelling experience when you explore areas such as Basel, Mannheim, Mainz, Heidelberg, Niederwald Monument and the Worms Cathedral. There are many other interesting places to see while on this voyage. If you love learning about rich history, amazing cuisine and the different cultures, you should take this voyage. It is a great travelling experience that will change your life.

My name is Jonsan Nail. The freelancer and blogger. My aim is to share informative articles with others.

Best Staycation Ever: 5 Hotels To Stay In Singapore

Ultimate Luxury During Your Stay

Go on a cruise to make a memory without tripping

Change the Way You Travel

The Popular Things To Do In Hickory During Your Next Visit

Ultimate Luxury During Your Stay

Best Staycation Ever: 5 Hotels To Stay In Singapore

Best Places to See on a Rhine River Cruise

Top 10 attractions of Cracow by ITS DMC Poland